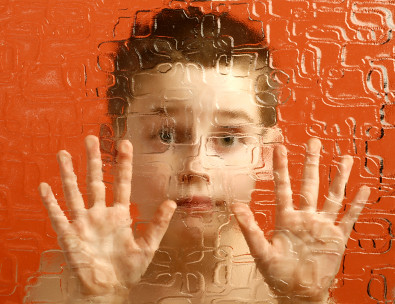 A bacteria found in breast milk and probiotic yogurt may be able to reverse some symptoms of autism, a study has found. The absence of a single type of bacteria in the gut has been linked to causing autistic traits such as problems with social interaction. But scientists discovered that by 'adding them back to the gut,' they were able to reverse some of the symptoms of the disease. The study follows previous research which found obesity during pregnancy could increase children's risk of developing neurodevelopmental disorders, including autism. Scientists from Baylor College of Medicine in Texas decided to explore the effects of probiotics, known to be good for gut health.

In the study, which used mice, scientists fed 60 females a high-fat diet, the equivalent of consistently eating fast food multiple times a day. After they produced young, the experts found the offspring showed behavioral deficits, such as spending less time in contact with their peers and not initiating mixing.

Researchers then tested the unique set of bugs, called the gut microbiome, to see if there were any differences between the gut bacteria of those on a high fat and those eating normally.

Dr Shelly Buffington, who was a co-author in the study, said their tests revealed 'clear differences.' 'The sequencing data was so consistent that by looking at the microbiome of an individual mouse we could predict whether its behavior would be impaired,' she said. They compared the mice by examining if the specific differences in the microbiome were the cause of social impairments in offspring of mothers fed a high-fat diet. Because mice eat each other's feces, the researchers housed the animals together so that they would acquire microbiota from their cage mates. The socially impaired mice born to mothers on a high-far diet were paired with normal mice and within four weeks the gut bacteria had appeared in the 'autistic' mice.

The experiment gave conclusive evidence that one or more beneficial bacterial species might be important for normal social behavior. It was found that one type of bacteria Lactobacillus reuteri - which is found in breast milk and probiotic yogurts - reduced more than nine-fold in the microbiome of mice born to mothers on the high-fat diet. But adding it to their water, restored their social behaviour.

'We cultured a strain of Lactobacillus reuteri originally isolated from human breast milk and introduced it into the water of the high-fat-diet offspring,' Dr Buffington said. 'We found that treatment with this single bacterial strain was able to rescue their social behavior,' Other behaviors related to autism like anxiety, were not reversed. But it was found that Lactobacillus reuteri did promote the production of the 'bonding hormone' oxytocin, which is known to play a crucial role in social behavior and has been associated with autism in humans.

Neuroscientist Mauro Costa-Mattioli, senior author of the study, said drugs or brain stimulation was what most research into the condition focused on and that this represented a 'new approach' and hailed the results as 'exciting'. 'Whether it would be effective in humans, we don't know yet, but it is an extremely exciting way of affecting the brain from the gut,' he said. 'We could potentially see this type of approach developing quite quickly not only for the treatment of ASD but also for other neurodevelopmental disorders.'

The study was published in the journal Cell. Content taken from the following article:

Sign Up Now
For Email Marketing you can trust.
We're proud to announce that DairyCare has won the 2020 award in the Vitamin & Supplement Store category of the Long Branch business bureau.... END_OF_DOCUMENT_TOKEN_TO_BE_REPLACED